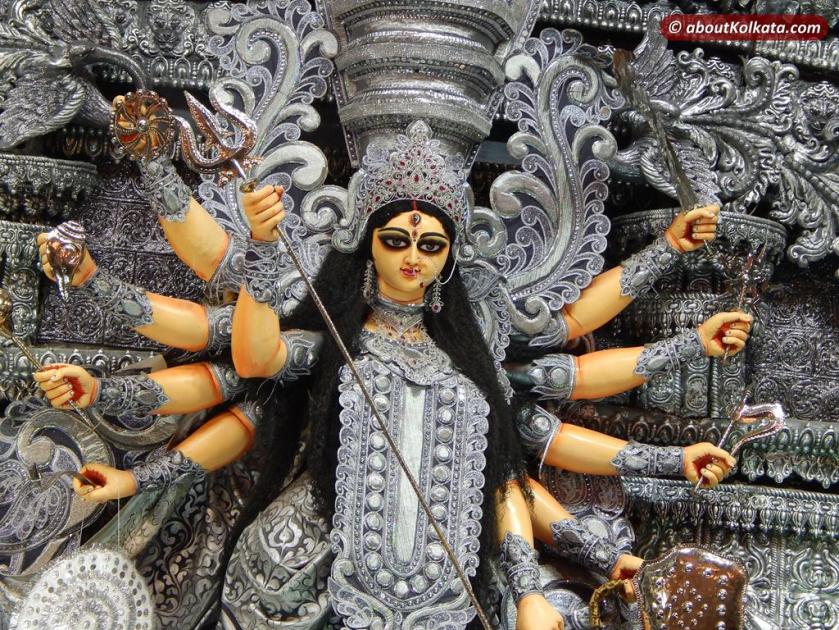 It′s time again to get completely colored and lost in the devotional zeal of the Durga Puja celebrations that marks one of the most awaited and biggest festival of the Bengalis and holds immense importance for rest of the country as well.

The festival represents the great victory of goddess Durga over the demon named Mahishasura. The Maha Puja (Great Ceremony) starts from Maha Saptami.

Maha Saptami is also considered as the day when Lord Ram started preparing for his legendary battle with Ravan– the ten-headed, demon king of Lanka. History says that he prayed to Goddess Durga to make him successful in this ordeal and the powerful Goddess answered his call, as he defeated the mighty army of Ravan. It is a day of prayers, music, rituals and devotion.

The morning starts with worship of Maa Durga. Devotees offer flowers and prayers on an empty stomach, this ceremony is called Pushpanjali. After the completion of which Prasad is served among the devotees.

Durga Pujo is known for its cacophony and chaos. It is like an entire world in itself. The artistic views of pandals, colorful fireworks, and mouthwatering food delights further catalyze the Pujo celebration.

Closing on the note of the most promising Pujo sentiment: “Bolo Durga Mai Ki Joi.”