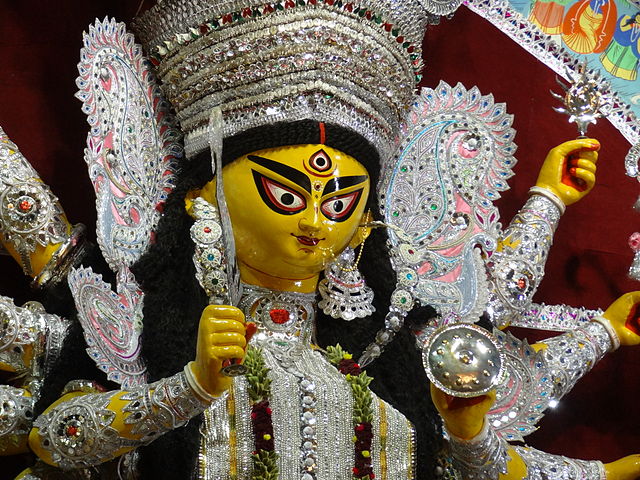 A caring mother and a fierce warrior. There is indeed no absolver of sins like Maa Durga.

Durga Ashtami is the eighth day of Navratri celebrations and the second day of Durga Puja. It is characterized by several rituals performed by enthusiastic devotees. It is also known as ‘Astra Puja‘ which means weapon worship. Goddess Durga’s weapons are worshiped on the day of Durga Ashtami.

Ashtami begins with Mahasnan and Shodashopachar Puja which is very similar to Saptami Puja.

Another popular ritual is one in which young, unmarried girls are treated as Goddess Durga and worshipped in a ritual called Kumari Puja.

Slayer of all evils representing feminine power and empowering women. Maa Durga is the epitome of grace and strength. This Puja enjoy the festivities in full swing and embrace the Goddess in you.